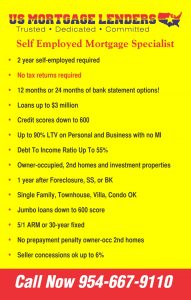 Stated loans are nominally intended for self-employed borrowers or other borrowers who might have difficulty documenting their income due to extensive tax write-offs. Borrower often times exaggerate and comingle personal expenses with business expenses to maximize their tax deductions in order to lessen the tax burden. Stated income loans have been extended to customers with a wide range of credit histories, including subprime borrowers. The lack of verification makes these loans particularly simple targets for fraud.

Why Stated Loans Were Discontinued

In August 2006, Steven Krystofiak, president of the Mortgage Brokers Association for Responsible Lending, in a statement at a Federal Reserve hearing on mortgage regulation, reported that his organization had compared a sample of over 100 stated income mortgage applications to IRS records, and found over 60% of the sampled loans had overstated their income by more than 50 percent.

In 2010, the Dodd-Frank  Consumer Protection Act, restricting stated income loans, went into effect. Section 1411 of the Act states: “A creditor making a residential mortgage loan shall verify amounts of income or assets that such creditor relies on to determine repayment ability” Today, stated-income mortgage lenders are conducting their own version of income and asset verification by averaging 12 or 24 months bank statements to prove the ability to repay..